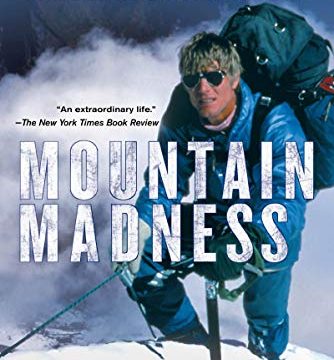 I met Bob Birkby back in my days in Seattle, 1980-81. Friends of some friends… I was even somewhere around 300 miles on the Pacific Crest Trail (PCT) in the summer of 1981 with these “friends of Bob” when Bob and Carol (she’s in the book) hiked up to our camp. It was wild to see someone we knew on the trail after 3+ weeks of hiking.

Clearly Scott Fischer was one of those people who would take over a room when they arrived, with a huge personality and lots of stories. He was also an optimist and a person who truly loves the mountains. Not like me where I like backpacking in the mountains…he wanted to be on the TOP of the mountains.

I loved this book as it captured the intensity and beauty of being in the mountains and on top of them. The drive and commitment to climb mountains like Everest is something I have no interest in, but love to read how others are motivated to do it. Because Bob has done some climbing (not like Scott), he gives the reader the insight as to how ti feels to be up there.

By interviewing many of Scotts friends and climbing partners, you get a real inside feel to who he is and what motivates him. Lots of people die in the mountains above 20,000 feet. Shit happens there that does not forgive. Scott is one of them.

If you like the mountains and if you’d like to know how mountaineers think, read this book. It was a great read that I could not put down.